My favorite poem is The Road Not Taken written by Robert Frost and published in 1916. This work spoke to me immediately upon hearing it for the first time.
The year was 1985 and I was fourteen. I had some free time so I wondered into my middle school library. I started browsing through some vinyl albums when I happened across one titled The Road Not Taken. I had never been interested in poetry but I decided to give it a listen.
The album was Mr. Frost reciting some of his work and the title cut moved me. I read somewhere that Robert wrote this poem for a friend of his that went to serve in World War I. The work is so vivid that if you close your eyes, you can picture the scene before the end of verse one.
The poem talks about a fork in the road and the direction you decide to go. For me, this was the decision of life and the path I wanted to travel. In life, there comes a time when you must decide whether you want to be a sheep or a shepherd.
I decided when I first heard this poem I wanted to go my own way. Society dictates the way people are supposed to travel. The norm as depicted by convention leads people down a road well traveled, while a few soles take the less beaten path and forge their own destinies.
The Road Not Taken or the path of life less traveled may be a tuff way to go but the rewards for creating your own path are far more fulfilling. You can exist as part of the norm and maybe you find your-self happy and fulfilled but that isn’t the case for me.
If you take anything from this, I hope it is the fact that no-matter what road you travel, it should be your decision and yours alone. 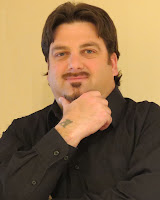 Kraig Dafoe was born in Potsdam, New York and grew up in Canton. He played high school football and joined the United States Army Reserves at the age of seventeen.
Kraig married at the age of nineteen and moved to Virginia Beach, Virginia where he worked as a Private Security officer for The Christian Broadcasting Network and also attended theTidewater Community College for business.
After five years as a security officer, he became a Deputy Sheriff for the city of Chesapeake Virginia.
Kraig left the Sheriff’s office after nine years of service and pursued a couple of different business opportunities before he went on to publishing his debut novel.
Kraig is the father of five children and he currently resides in Kansas, raising his youngest son.

His latest book is the fantasy/adventure, Search for the Last Realm.

Search for the Lost Realm is an epic journey in which a young man named Varan wants to find a power which has been missing from the world of Kantania for thousands of years.
Varan sets out but soon discovers his true mission is to save the worlds creator from a spiritual bond placed upon him by the powerful demon, Eldrok.
From demons to dragons and sorcerers to soldiers, battles erupt and Varan must hurry or the world could be lost to darkness forever.
This story does not consist of action alone as Varan faces dilemmas of the heart, struggles of the flesh and complex issues of the mind.

A sound normally dismissed during mid-day, the lock’s scarce clatter rang out like church bells, trespassing on a death like serenity. As tumblers aligned, Varan hoped his crouched frame went undetected on the sage’s porch. With his remaining eye, the thief peered over his right shoulder at ghostly shadows cast upon a vacant street. Choking down his heart, he ever so cautiously swung open the door and, after easing into the shop, he gently returned it to its frame. A shaft of moonlight pierced shutters flush, as the lurking thief, through dusty air, investigated a dreary interior. To his left, shelves of musty books, with their worn bindings, all stood erect by ornately carved bookends. In the near corner, to his right, a large silver‑blue sphere, dimly glowing, sat upon a heavy wooden pedestal. 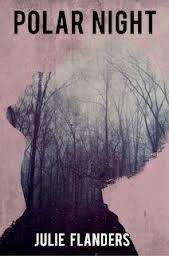 When Detective Danny Fitzpatrick leaves his hometown of Chicago and moves to Fairbanks, Alaska he wants nothing more than to escape the violence and heartbreak that left his life in pieces. Numbed by alcohol and the frozen temperatures of an Alaskan winter, Danny is content with a dead-end job investigating Fairbanks' cold cases. That all changes when a pretty blond woman goes missing on the winter solstice, and Danny stumbles upon some surprising connections between her disappearance and that of another Fairbanks woman three years earlier. Forced out of his lethargy, Danny sets out to both find the missing woman and solve his own cold case. The investigation points Danny towards Aleksei Nechayev, the handsome and charming proprietor of an old asylum turned haunted tourist attraction in the Arctic town of Coldfoot. As he tries to find a link between Nechayev and his case, Danny's instinct tells him that Nechayev is much more than what he seems. Danny has no idea that Nechayev is hiding a secret that is much more horrifying than anything he could ever have imagined. As his obsession with finding the missing women grows, Danny finds his own life in danger. And when the truth is finally revealed, the world as he knows it will never be the same. 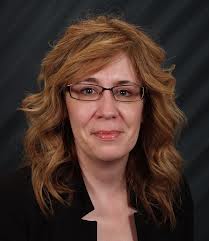 Julie Flanders is a librarian and a freelance writer who has written for both online and print publications. She is an animal lover and shares her home in Cincinnati, Ohio with her dog and cat. Her debut novel Polar Night, a paranormal suspense thriller, is now available from Ink Smith Publishing.

Pump Up Your Book and Julie Flanders are teaming up to give you a chance to win a $25 Amazon Gift Card or Paypal Cash!

Here's how it works:

Each person will enter this giveaway by liking, following, subscribing and tweeting about this giveaway through the Rafflecopter form placed on blogs throughout the tour. This promotion will run from May 6 through May 10. The winner will be chosen randomly by Rafflecopter and announced on May 11. Each blogger who participates is eligible to enter and win. Visit each blog stop below to gain more entries as the Rafflecopter widget will be placed on each blog. If you would like to participate, email Tracee at tgleichner(at)gmail.com. What a great way to not only win this fabulous prize, but to gain followers and comments for your blog, too! Good luck everyone!

Participating Blogs:
Monday, May 6
Must Read Faster
Mary's Cup of Tea
Jody's Book Reviews
Books and Needlepoint
Melissa's Mochas, Mysteries, and More
Laurie's Thoughts and Reviews
Miki's Hope
Margay Leah Justice
The Book Connection
Tuesday, May 7
My Devotional Thoughts
Tales of a Book Addict
Laurie Here
Parenting 2.0
My Book Addiction and More
Queen of All She Reads
Wednesday, May 8
Thoughts in Progress
My Reading Table
Authors and Readers Book Corner
Maureen's Musings
Thursday, May 9
Cabin Goddess
Mom in Love with Fiction
Janna Shay
Friday, May 10
My Cozie Corner
Celtic Lady's Reviews
The Paperback Pursuer
If you would like to join this book blast, leave a comment below with email information or email Tracee directly at tgleichner (at) gmail.com.